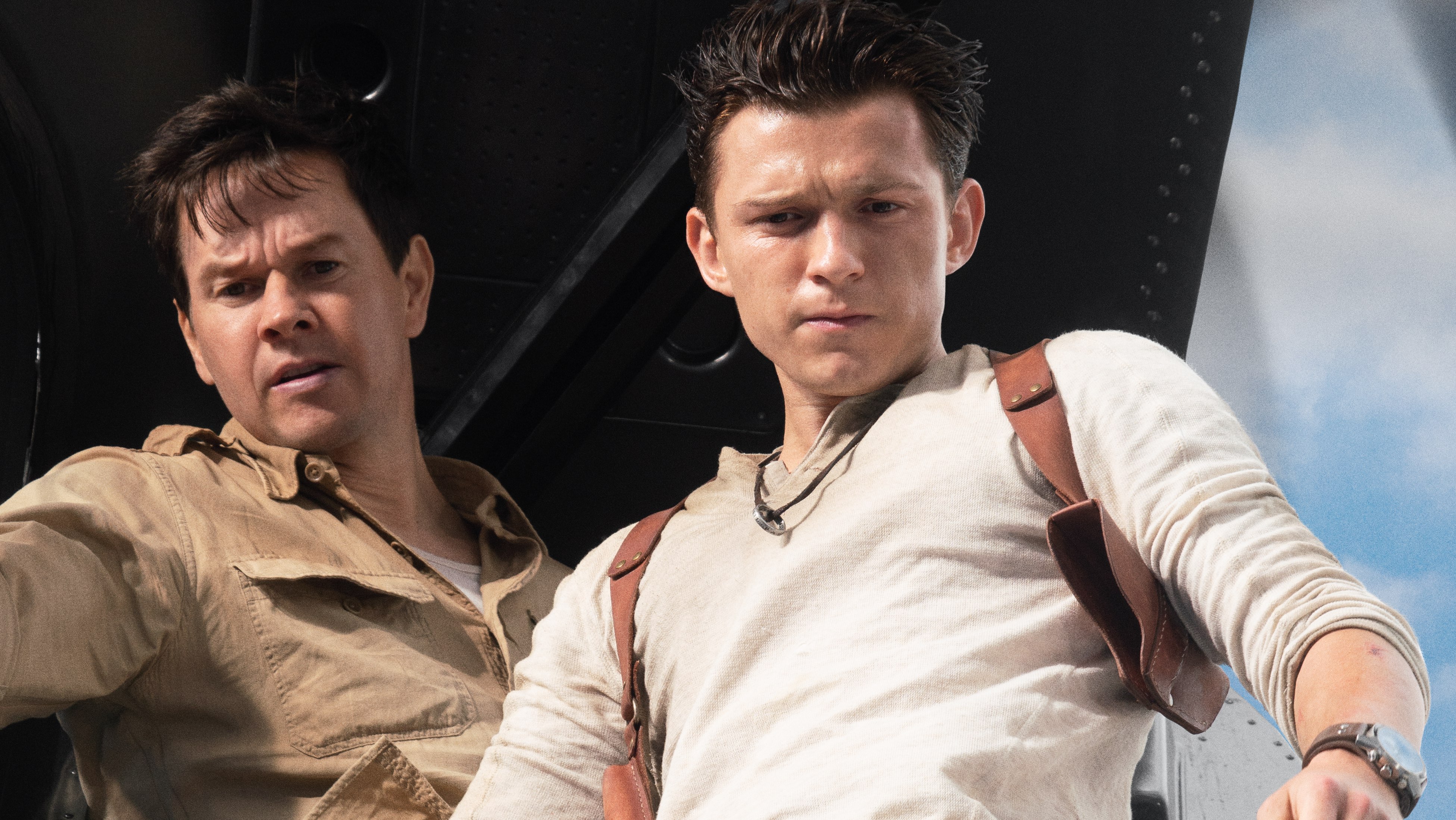 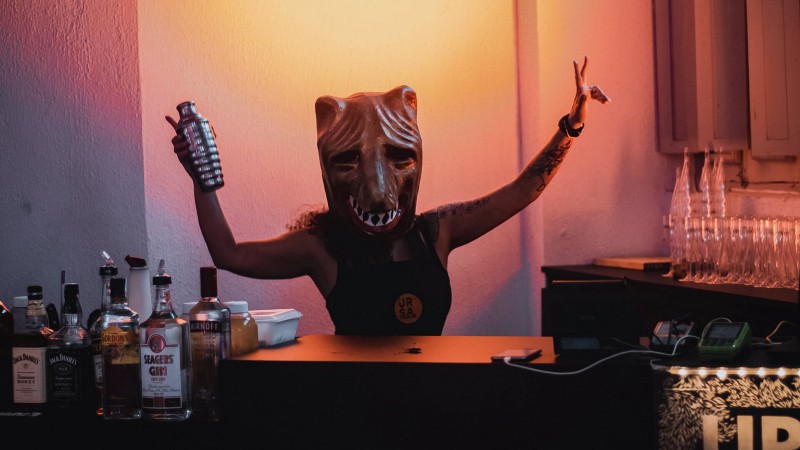 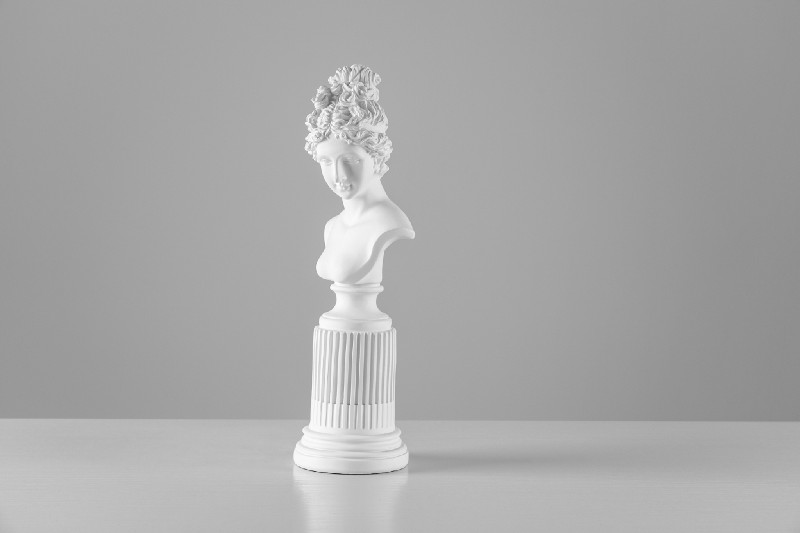 Crushes in my early twenties vs. my late twenties. 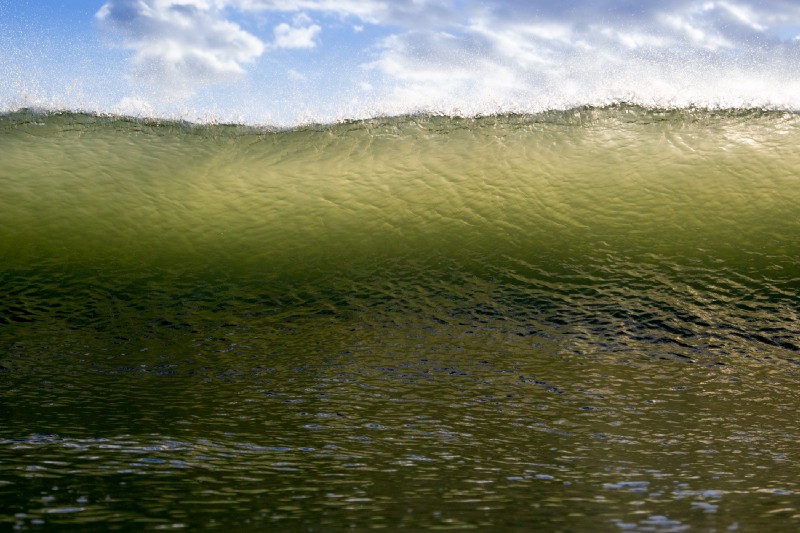 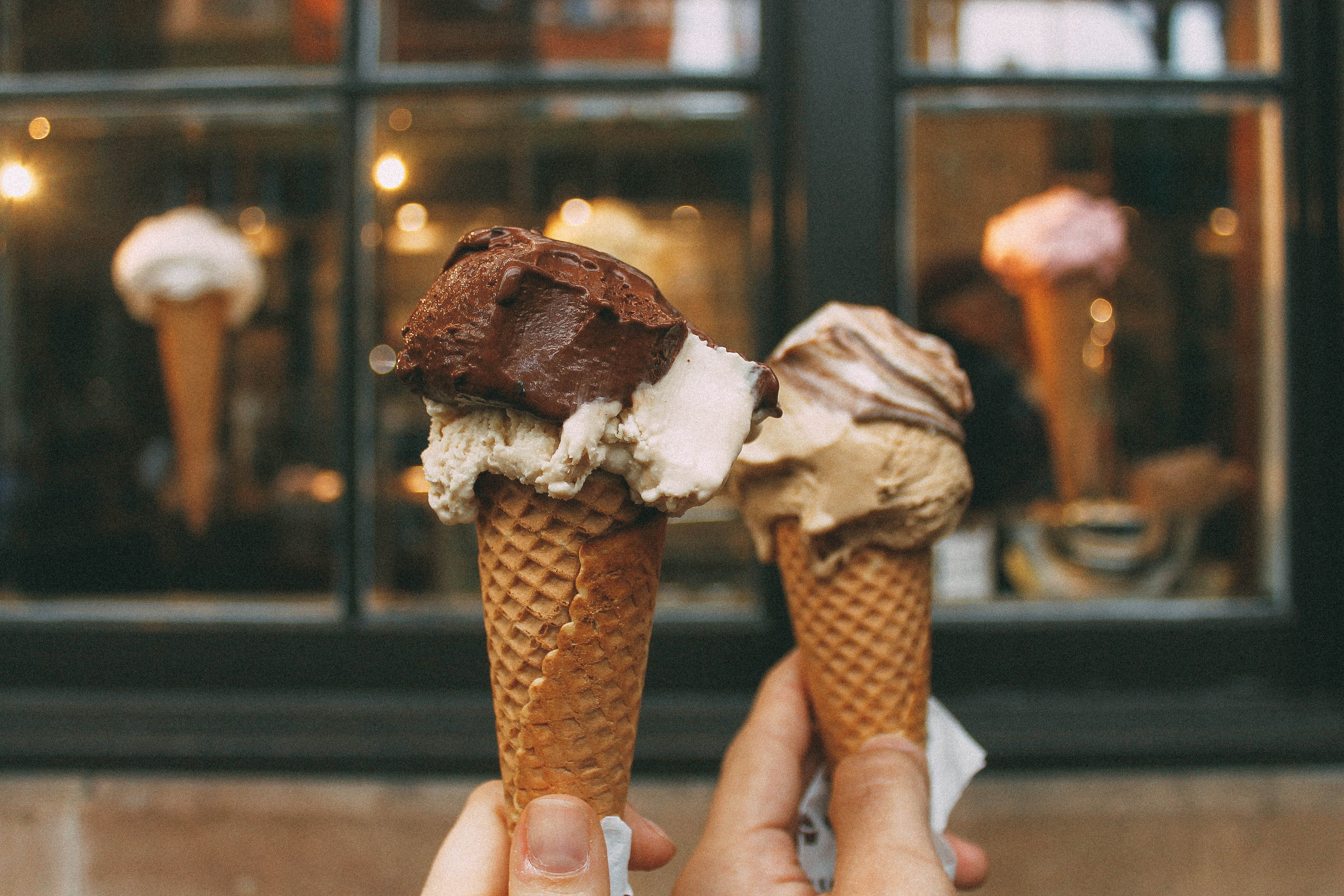 I had the opportunity to answer some questions, for a director, in anticipation of hopefully getting to work on an upcoming project soon. This was originally just an exercise in getting to know me better before finalizing any sort of casting, and while unconventional, is very much appreciated by myself as an actor. I believe it should be done more often. Considering most people never take the time to ask questions like this, I thought I'd share my answers as an insight into more of who I am and how I think. Enjoy.

1. Do you have any siblings?  Describe the pros and cons of that relationship (If only child, describe a close friendship that's similar to a sibling bond).

Crushes in my early twenties vs. my late twenties.

Imagine you’re standing in the ocean, your back towards the sea, about waist deep in the surf. You don’t know when it might come, but the current picks up right before it happens. Pulling back just before the wave impacts, engulfs, and passes over you as it continues onwards, tapering off just before, the beach.

Emotions happen. Much like the waves of the ocean, there is very little we can do to control them. In fact, I’d say we’re quite powerless when it comes to crushes — or infatuation. If this is something you’d rather not deal with then I suppose you have two options: Learn to surf, or get out of the water.

I’ve had my fair share of crushes over the years — As we all have.

Schoolboy crushes. Celebrity crushes. Crushes on the barista who served me coffee. Crushes on public transit or from across the room. Crushes that led to full-fledged relationships and others that pandered out once they opened their mouth.

I’ve written scripts based on crushes alone. That’s how powerful some have manifested. My favorite is one called “Limerence”. In which a boy works himself up to finally approaching a girl whom he encounters every day, but he’s not sure if he actually wants to because — spoiler alert — he enjoys the feeling oh-too-much. Limerence is…

The problem with photography today

This is embarrassing to say, but I noticed a sheer lack of photos of myself while trying to set up dating profiles. Common knowledge dictates that "selfies" and mirror shots are unflattering for males to have, yet when presented with my choices, that was mostly what I was dealing with; albeit - in my defense - not many of those either, considering I avoid taking selfies if at all possible. (I can't help it when I have a good hashtag-good-hair-day though.)

The lack of photos is due to two factors. 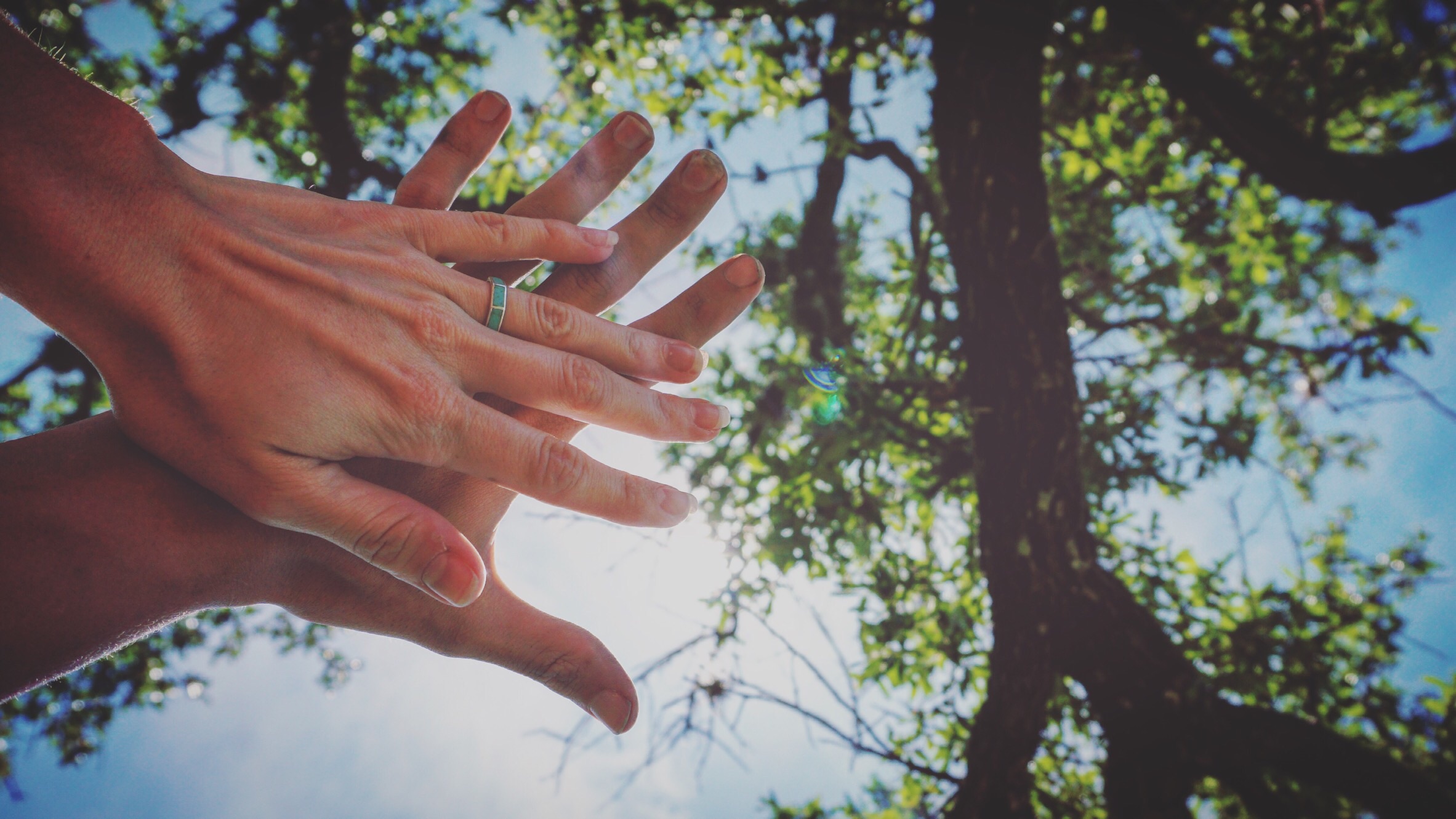 On Our Capacity to Love

We've been given an incredible capacity to love.

I've heard recently that this is an evolutionary tactic. That we developed love, in theory, as a survival instinct. That without it, we could easily be abandoned by our mothers or our tribeman. Love an affection was our way of keeping the species alive.

The problem I have with this theory is that it serves only to explain why we even want to be close to each other. But it doesn't explain taste. There is no talk of preference or the power of choice. Indeed, we have the uncanny ability to choose to love - even when love is not recipricated. It makes no mention of tolerance or patience.

There is no room for rejection.

Is there a theory for that?

Love is complicated. We all know this much. It looks different to many people and with many perspectives. It is small and big at the same time. It suffers from books trying to define what some have been able to do with a single word. In the end, no one can truly put a theory on why we do it that makes complete sense, and that would stick even when the next theory comes along. Trying to examine love is more of a folly than trying to find love itself.

If it is even capable of finding - that is - unless you believe that love finds you. 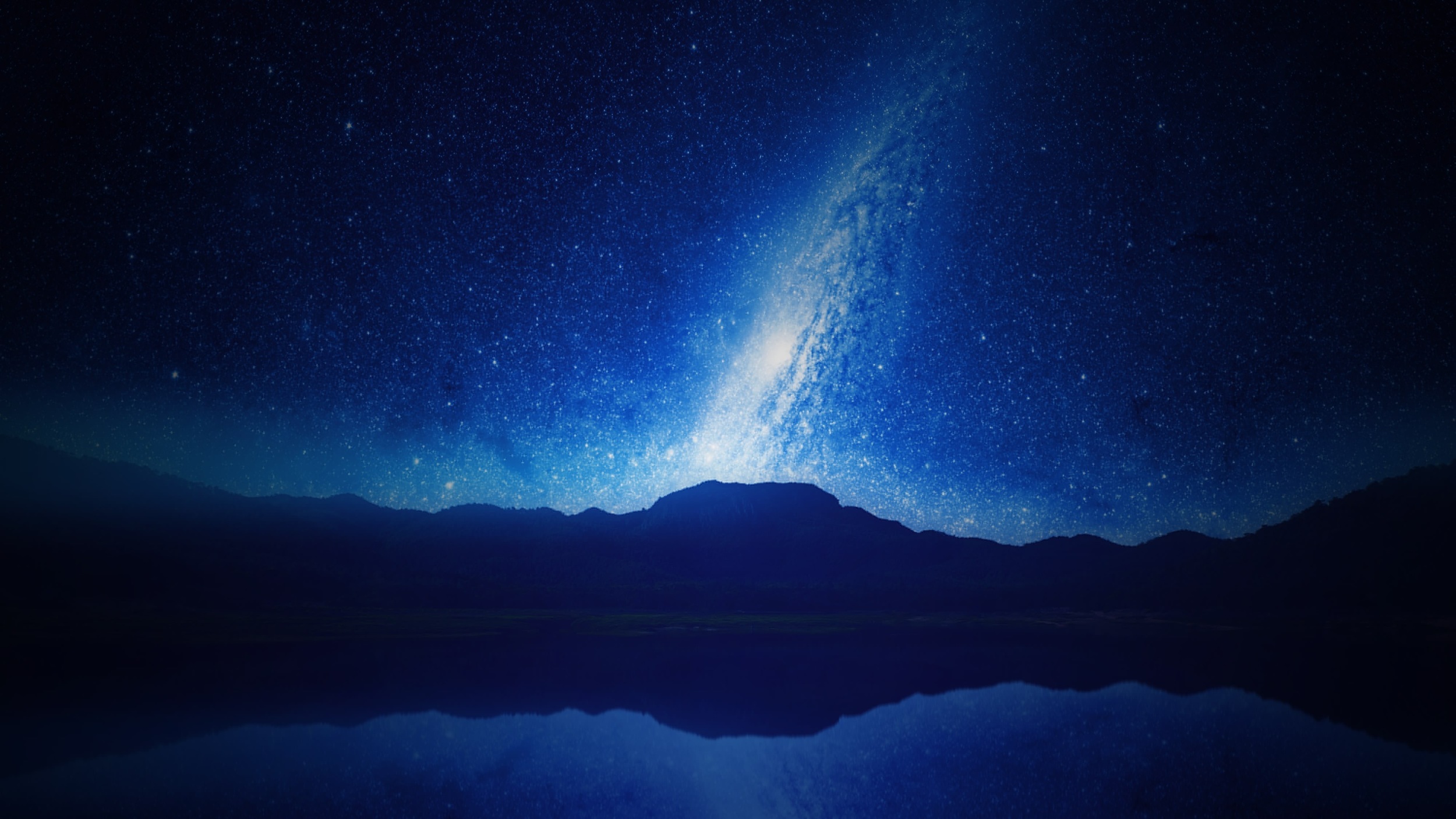 One reason I'm so attracted to Sci-Fi and Fantasy stories is - within those worlds - our protaganist has the ability to change his/her circumstances instantaneously. There are no attachments holding one back from a new journey. No commitments. Job. Friends. Bills. Everything seems to be expendable. Even if it wasn't - legal troubles can't follow you to another star system - or across the massive sea. Imagine the ability to pick up and go at a moment's notice.

They say there are two certainties in this life: Death & Taxes.

No one talks about Taxes in Sci-Fi. That suits me just fine.

All the questions of life - Love, purpose, and uncompromised trust - can be found with a simple answer: Join a crew. Leave everything behind. Explore beyond what you know.

Of course this helps that they live in a mostly lawless society. Not completely without rules and regulations, but there is a sense that one could escape their troubles if they only make the decision. We just write blogs about it.

I think this is why Post-Apocalypse has become so popular in culture. Movies and books and TV shows and Video Games. Everyone seems to want to start over. To wipe the slate clean. 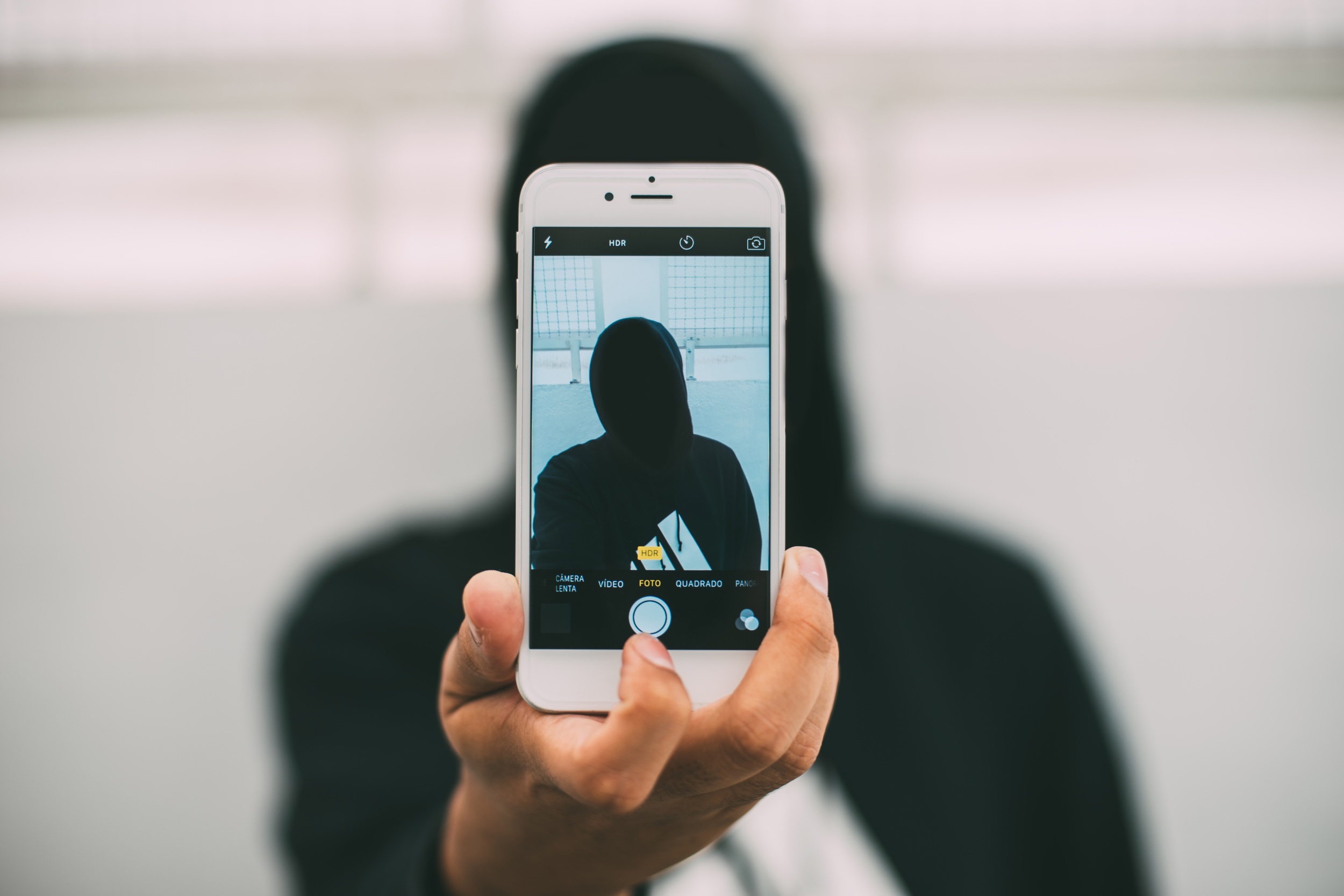 A Manifesto from the Friend Zone

I'm the guy who is "so good to see!" but not the guy who gets invited. It makes me wonder if I can only be accepted in moderation. One may think that I'm a busy person, or constantly on-the-go, during these situations, but the truth is - I have a lot of downtime. So when a person tells me, at a party or a get together, that it's so good to see me, I wonder, "Why - exactly - don't I see you more often?"

I have a phone, you know.

Yet for the majority of people who feel like I feel, it seems that we ARE difficult to get a hold of. I'm not saying we're difficult to comprehend, though that may very well be true, but you would think - upon initial observation - that we are never around. You would think that we are off the grid. That tracking us down would involve an actual tracker - a native guide of the surrounding area - and the ability to get around cultural, language, and actual barriers till we finally meet.

Or you could just text me. 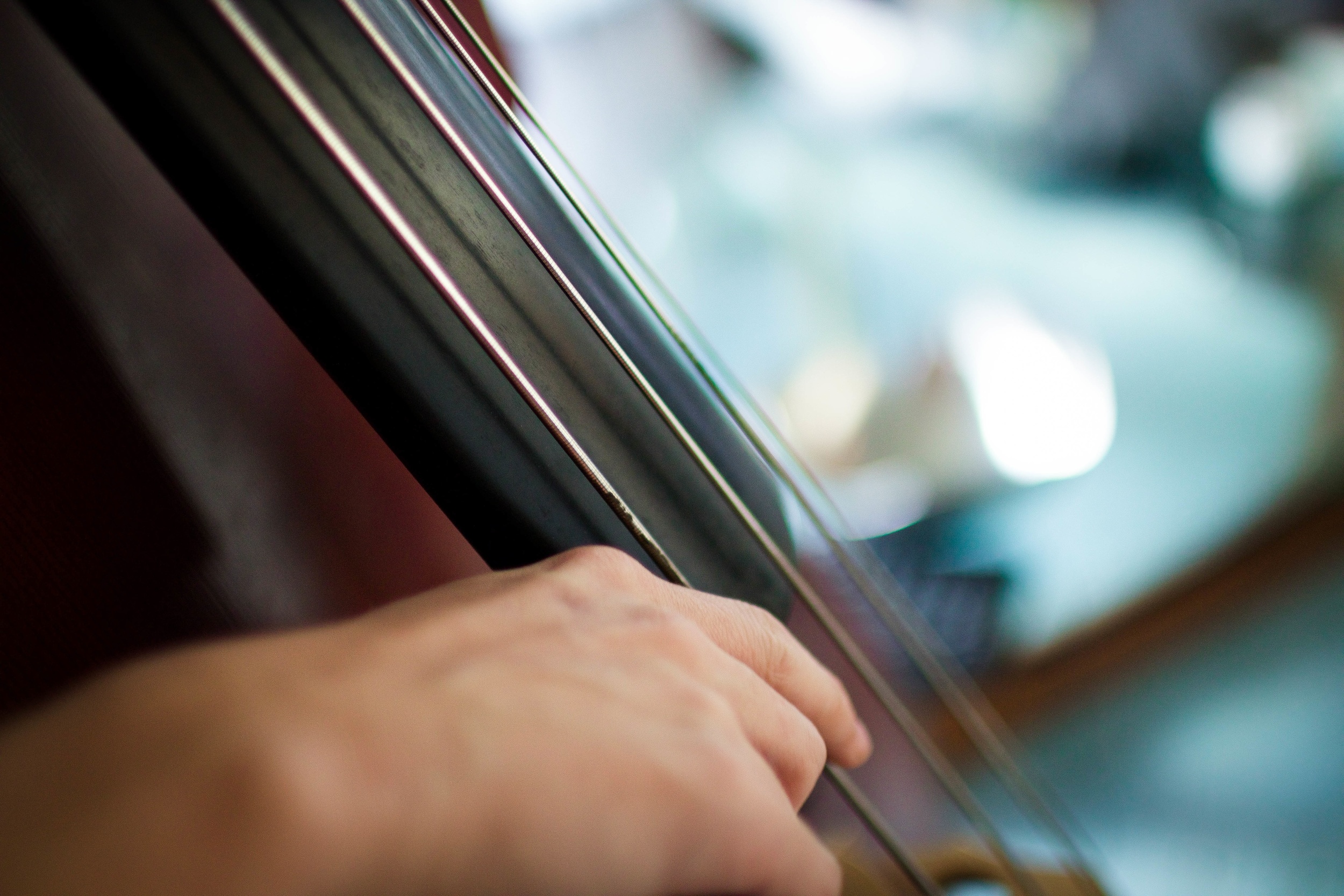 What struck me initially was the way you asked the question: Love is like ____.

Normally I've seen the question phrased, "Love is..." and that can be simple enough to answer. I've tried multiple times, for instance, to answer that very question throughout my life. Once I brought the question to a bunch of children and asked them what they thought love was, and it was adorable to find how honest they were. Another time a website asked me to fill in the blank, and I answered, "Love is Magnanimous." Perhaps because I wanted to be different or I thought it was true, which one I'll never know.

This line of questioning, henceforth, set me on the journey to find the answer.

I saved this little tidbit months ago. I have no idea why. There's an interesting humbleness to Mark that I hope to embody one day. After seeing him in the movie, I remember that hood being pulled off, and it was his hair, the way it blew in the wind, and it was that moment that I thought, "That's my Luke Skywalker."

On the beard he grew for The Force Awakens: 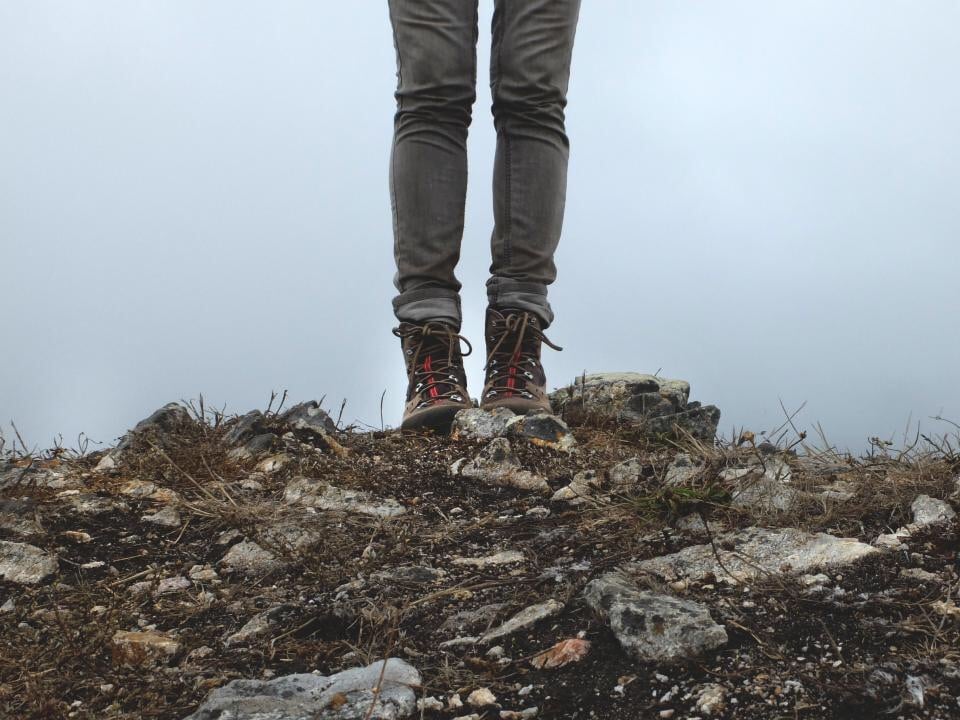 I've been disappointed - let down - by others this week. Last month. Last year. Life is full of disappointment. How are we supposed to deal with it?

The problem with disappointment, along with getting upset or depressed, is that no one around you desires this feeling. They tell you not to be disappointed. They want you to NOT be upset. Growing up this is typically everyone's first response, right after they ask "why?", as they regurgitate blanket statements such as "Things will be fine." or "It's not as bad as you think." or "It doesn't mean anything."

I'm a big fan of showing one's disappointment; though I have to be careful not to let that turn into disapproval. Letting others know you're disappointed can produce various results. Stronger bonds in friendship. Deeper understanding of one's own insecurities. A new drive towards better performance. Disappointment derives from our own understanding that things should - could have been - better. In essence, it didn't have to be "this way", or things could have been different.

The problem becomes: what if we're disappointed in ourselves?

How do we deal with THAT? 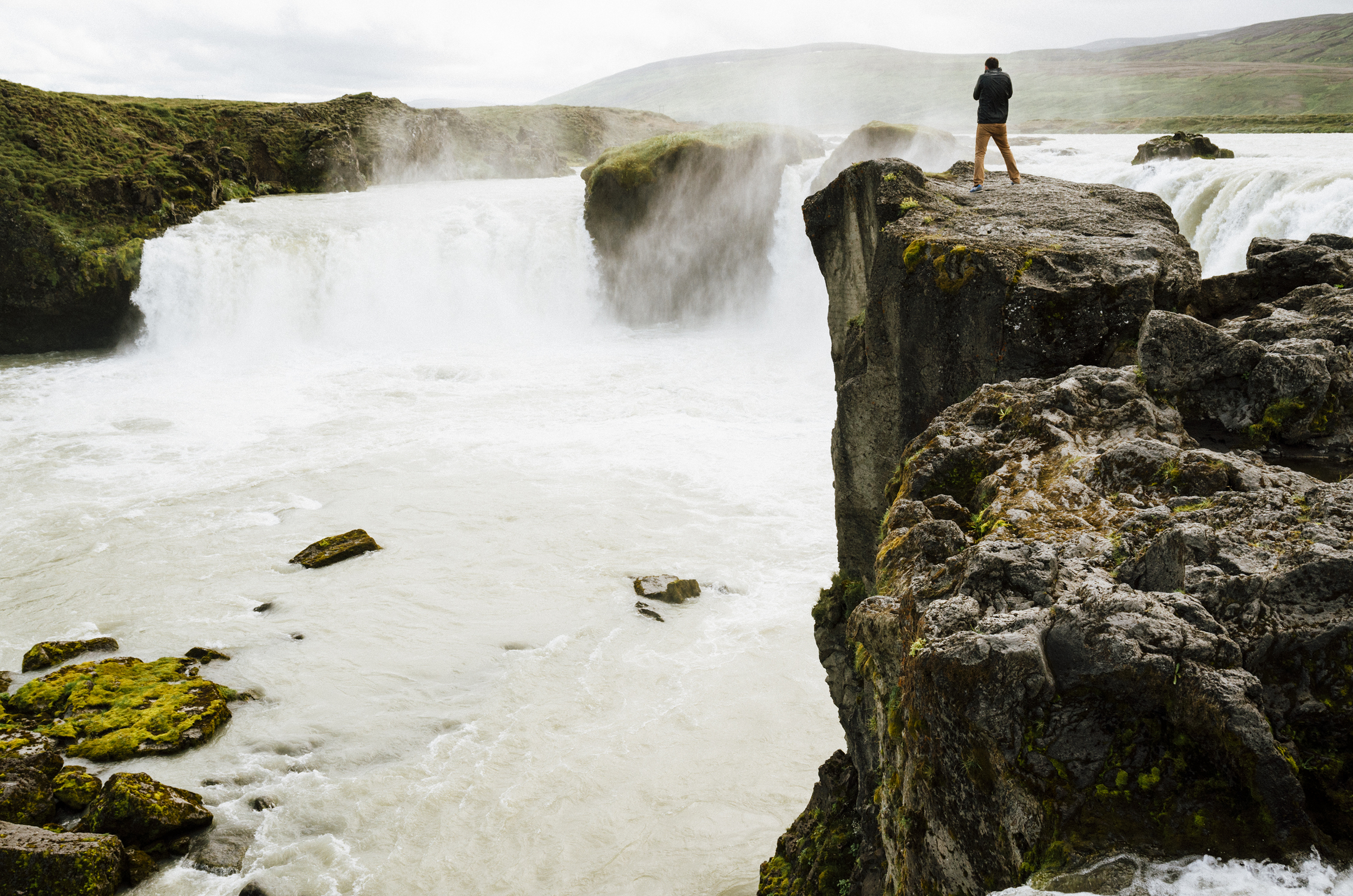 Imagine yourself at the edge of a cliff. Your best friend...a good friend...a friend...is beside you. Water is below. He says he's going to jump.

There's nothing dangerous about it. You can see that. Plenty of room for clearance. Rocks are non-existent. The water is deep enough. At this distance there's no true danger upon impact. Except he hesitates. It's not the jump that he's worried about. It's the swim. Treading water. Climbing back up. He hasn't used these muscles in a while, he says, and he's not sure his leg will work after the last injury. But you know these are just excuses. You know, as well as he, that he's going to eventually jump. It's just a matter of when.

Let's flip the narrative and the roles.

Imagine that cliff is a girl...Or a boy. I really don't care how you swing, but for me it's a girl. And you're the one that wants to jump, and by that I mean "ask her out." You and your friend both know you're going to do it. There's no inherent danger. He tells you to just go for it. But you can't. Why? Cause: excuses. Still - he knows you want to. You know you want to. You both know it's only a matter of when.