The Compartment- alization of Our Lives Thanks to Social Media 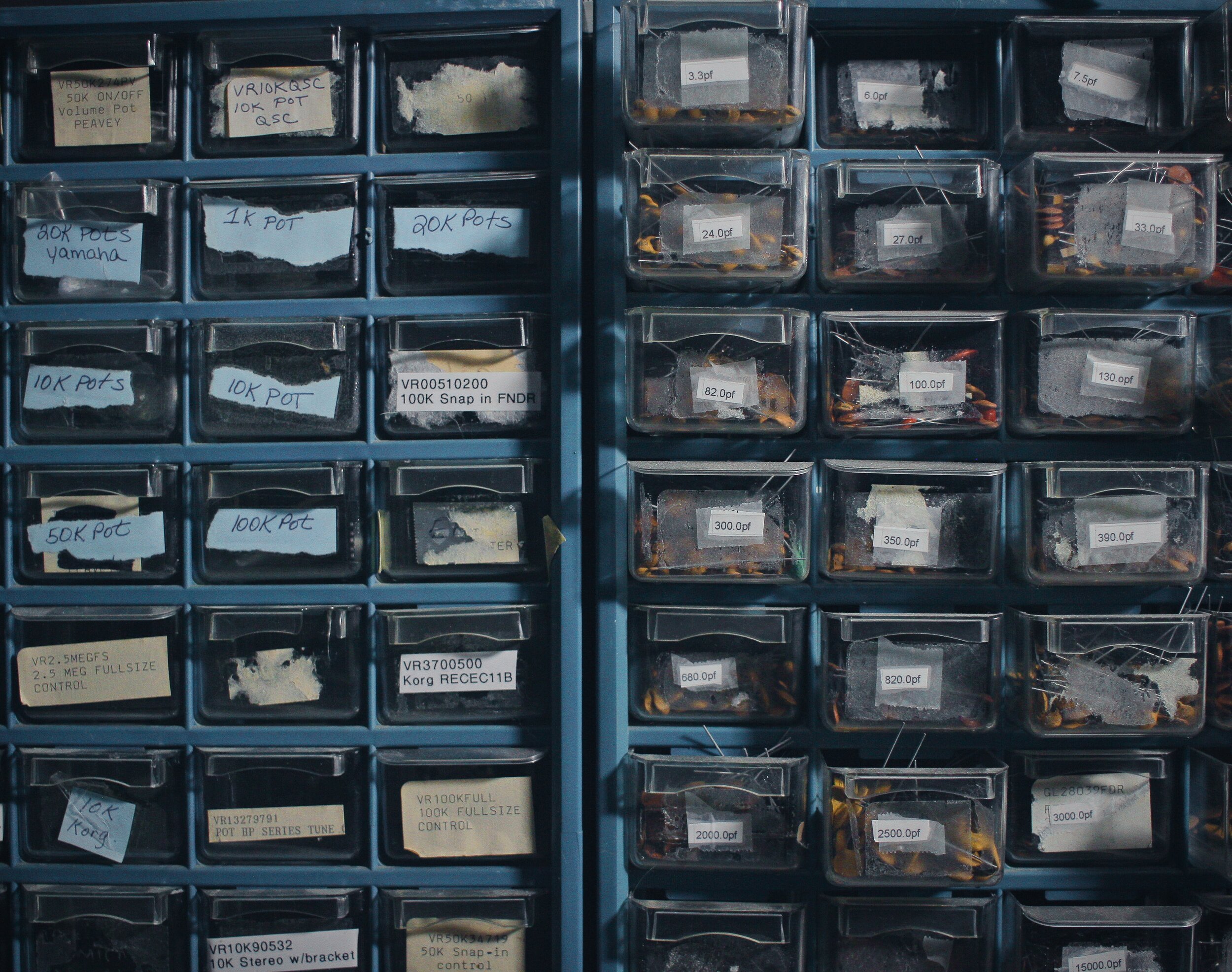 When I finished my contract with the U.S. Navy, in 2009, I had a lot of goals and intentions. One of them: Don’t cut my hair.

I always preferred long hair, and after four years of high-and-tights and pushing the 4” limit on the top of my noggin, I was determined to get my hair back to it’s former glory. Well - glory is an exaggeration - as no teenager with curly hair in high school could be considered to have “glorious” hair. Nonetheless, there was a semblance of freedom of finally having the choice to not cut my hair, and I was going to exercise that freedom. I’m pretty sure I went almost 3 years without so much as a trim. During that time, I also pursued acting, and the mindset at the time was hair is easier to cut than to grow, so I figured the roles would dictate what type of hair I needed.

Fast forward several years to now, 2019, and I’ve kept my hair more-or-less long. It’s definitely been trimmed. I toyed with “medium-length” for a time. I went through the man-buns and the half-buns and the viking braids any other manner of styling to keep my hair long and represent my ethnic makeup. But my hair was never, by common definition, short. So when I finally chopped it off a couple of weeks ago, I expected a lot of surprised looks and comments from my closest friends and people who had been around me for the past decade.

Strangely enough, I received close to nothing.

Not in “real life” anyway.

I posted some photos online, almost immediately, after the drastic change. I couldn’t help it. I had never had my hair like this in years, and my stylist had done such a tremendous job, I felt good, and in 2019, when you feel good, you post about it online.

I garnered a few likes from a generous following, but overall I still expected to drop some jaws when I walked into a room. Even if people didn’t notice immediately, I knew there would be a double-take - eventually. But when I walked into rooms: nothing. It felt like no one noticed.

And it made me feel invisible.

I posted about the phenomena online, just my strange observations about it, and I had one friend who commented, “It does seem quite redundant to tell you in person after liking the photo.”

I think he was joking.

But I also think he was telling the truth.

How often do you get together with a friend you hang out with often, someone you also follow closely online, and feel like you’ve already “caught up” before you entered the room? You saw the photos from the wedding they attended this weekend, or you commented on their post documenting their experience in the food-truck line already. Better yet, how often have you attempted to start a conversation with somebody, updating them about something that recently happened in your life, only to be cut short with an, “oh yeah, I saw you posted about that.”?

Do you ever start your conversations with, “Did you see my post this week?” Your friend says, “Yeah I did.” So you reply “well that’s how my week has been going.”

Then you don’t say anything more about the subject at all?

Because the conversation has already been started - online - and it’s redundant to bring it up again in real life, especially if someone has already seen it.

It used to be that these things were conversation starters. Seeing something online never precluded one from speaking about it in person, nor asking for more details from that persons perspective. For most of you, I’m sure this is still the case, and some stories just have to be told in person to get the full experience. More often than not, however, we’re finding that most people have a “been there, liked the photo” mentality. Where hearts and thumbs-up become replacements for acknowledgement. A sort-of shorthand for telling someone “I see you” before moving on to the next photo in the feed. Online validation, it seems, is more than enough when we’re the giver of likes.

On the receiving end, it feels a lot like a brush-off.

I recently went through another breakup. It may or may not have been a determining factor of finally cutting all my locks off. Entering the dating pool is hard enough as it is, but with the prevalence of dating apps, the compartmentalization has frustrated the landscape even more. For someone in their early 30s, like myself, who is used to dating in a certain way, it can be even more frustrating. I’ve documented my frustrations with this already, including this very topic, but it’s worth noting again.

Try and strike up a conversation at a coffee shop or a bar and you’ll be mentally labeled as a weirdo. Try and approach an already established friend or colleague, and you’ll find yourself consistently pushed in the friend-zone. Utter the word “date” to anyone that you do happen to start a conversation with, and watch how quickly that conversation gets shut down. They might as well run away for all the connotation that the dreadful “D-word” holds. People, or maybe just women in general (I’m straight guys so that’s just my own experience), feel comfortable and safe with an online platform, probably rightly so, that they allow said platform to curate their dating experience for them. Dating takes place with people they’ve “matched” with already, as it takes away the confusion and awkwardness of navigating these signals in person. No longer do we have to wonder IF someone likes us or not, or indicate to others whether we’re into that attention or would rather remain friends, because there’s a place to do that where our intentions are known.

Dating and meeting people happens there. Not in the wild.

It’s not that it doesn’t or can’t happen, but it does make the possibility more rare.

Here’s another example: When was the last time a friend set you up with another friend? In fact, when was the last time your friends got involved in your dating life at all. People are used to hearing horror stories or getting dating updates from people who are “on the apps”, but involvement normally stops with empathizing or an offhanded comment about dating being a minefield.

Because online dating is a necessary evil that one has to put up with on their own. A construct that sorts individuals into categories of “looking” or “not-looking” based on whether or not you’re using the apps in the first place. We’ve left fate up to an algorithm.

“You’ll find someone” your friend says, assuming you have it covered, because if you’re meant to meet someone, you’ll both eventually swipe right. . . right?

“Matchmaker” is a position no one claims anymore, because we have apps that do that work for us.

We’ve made these separations in our lives because it’s easier. Somewhere we recognized that our current relationships and friendships are a lot less complicated because dating happens somewhere else. We’ve made dating a commodity that can be acquired through the use of technology, a fix that can be apprehended after a few swipes, or by being a social media marketer with amazing photos. Meeting someone organically is just not something one needs to worry themselves with anymore, because we have a perfectly curated look at who’s out there already.

I had a production meeting with a friend the other day. We made a film together recently, and afterwards we had always intended to get together to talk about upcoming projects and how we might work together again in the future. There was a lot of back-and-forth leading up to the meeting, cancellations and what not, but there was always the intention of catching up. Finally we were able to set something up. I arrived early, and before he showed up I decided to take a look at my calendar. I realized our “recent” film wasn’t so recent after all. It had been almost a year since we made that film. A year of back and forth that felt like a couple of months.

I remember asking him why he never got me involved sooner.

He replied that he knew I was busy and that he didn’t want to bother me with anything.

I hear that a lot when I run into my friends.

When I press and ask them what they’ve seen recently, they’ll reply with something that I did months ago, almost years ago in some cases, and I’m constantly shocked that people always assume that I’ve been busy.

Somewhere along the line, we started creating mental images of the people we follow online. We see them as constantly hustling. We validate the pursuit of following your dream by commenting with a fire-emoji or a virtual hand clap. We allow social media to tell us the stories of those we call friends, and follow along the journey through our many screens. Friendships have been relegated to our streaming queues alongside our next bingeworthy shows. While we catch up with whatever Jon Snow doesn’t know, we’re also noticing that Karen is visiting Tokyo, and we think that’s so cool that she’s doing that. She deserves a vacation. She works so hard. She went through some tough times a year ago, and despite all the difficulties she turned her story around, and now she’s pursuing her dreams of traveling and living her best life.

Then we move on.