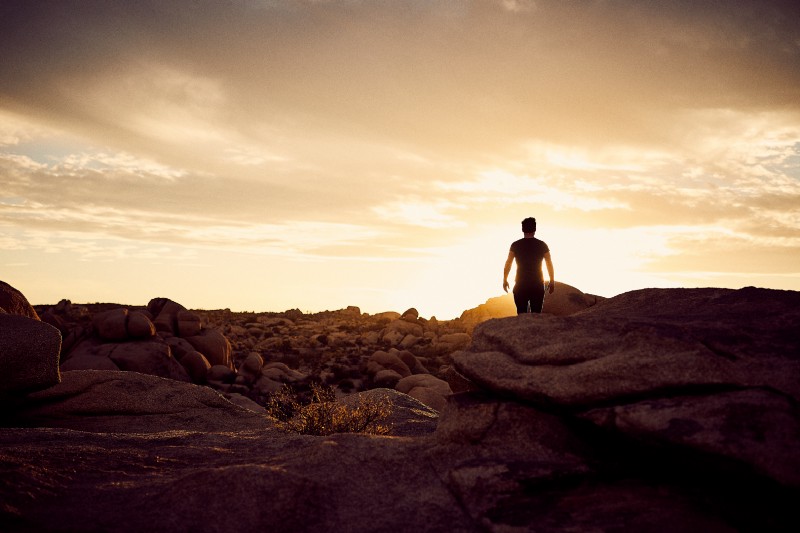 I once believed I was destined for great things, but now I’m just scraping by.

Everywhere man blames nature and fate, yet his fate is mostly but the echo of his character and passions, his mistakes and weaknesses.
—Democritus

There was a certain amount of destiny surrounding my birth.

I assume my mother went into labor on Christmas Eve. I never asked about the exact circumstances of that night, but I know I was born around 2am. Had I been born on the west coast perhaps I might have missed destiny altogether. Time zones were on my side though, because December 25th, 1986 became my official birthdate. I like to imagine it was snowing.

Were the great storybooks and novels to write the event, it would read like this:

The first-born child to a veteran couple. The mother — a fiery red head — grew up on farm lands in south Texas to a truck driver and his stay-at-home wife. They were emotionally, if not physically, abusive parents to their two daughters, who escaped the confines of their homes as often as possible. Once old enough, she left town in a hurry. Owning next to nothing, she lived in her car for a season before enlisting in the U.S. Navy. Her favorite hobby was driving to the airfield at night to watch the jets take off among the backdrop of dark blue and glittering stars. She remembers being most free during this era.

The father was born on a Pacific island and raised among a plethora of brothers and sisters. He was mischievous and energetic, and raised himself, including most of his siblings. After finishing school he emigrated to the U.S. by way of enlisting in the U.S. Navy, settling on the east coast where he started a new life.

The couple met after their time in the Navy, the father and mother both working at a local television studio.

Once I came along, given their separate backgrounds, I imagine there was a certain poetry in two disparate humans creating a family. Both came from broken families on two separate continents. Perhaps together they could change the fates and rewrite the wrongs. They gave me a name that represented their new chapter and the spiritual nature of my birthdate. My name, Mattias, means “gift from God.”

Unfortunately, my parents were also fighting their own demons. Trauma from the past seeped into their relationship and overtook their conscious. I was too young to notice, so when I was five years old I found myself in a court house wondering why everyone was wearing suits and everything was so brown. Mom then moved me and my younger siblings to Texas. My brother and sister are too young to remember anything from our time before Texas, but I made a few memories of my own. My old stomping grounds carry the memories of snow and swing sets, wildfires in the park, and flooding in our cul-de-sac. The cul-de-sac is where I would search for lost balls in a gutter, wait for the school bus, and learn how to ride a bike.

I don’t remember having training wheels or falling off my bike when I learned to ride. If the memory of a toddler can be trusted, my father helped me balance, and I took off without hesitation, never needing help again. From that point on, I would become a master at useless tasks, all of which required the same principal of “doing it myself” or “never asking for help.”

Soon, I began to believe I was some type of prodigy.

Whether it was riding bikes, fishing, video games, drawing, running fast, or sports, I would pick things up quickly. If there was anything I couldn’t figure out on the first try, I wouldn’t bother. The irony is that I never stuck to a skill long enough to master it. Looking back, if I was a prodigy at anything, my skill would have been growing up fast.

When the home video market of the 1990s hit I discovered Luke Skywalker, Aladdin, and Peter Pan — all orphans born into lives they didn’t choose, who created their own destiny. I envied that these characters had no parents, while unappreciative that I still had one loving — albeit broken — mother around. Inspired by these characters, I began to act like an orphan, believing my destiny didn’t include my parents or siblings. Instead, I formed a world spurred on by pop culture and Disney movies in which I was the young, oppressed hero.

You’ll grow up cocky when that’s your belief; that everything is meant for you in some way. I viewed the world and its players as supporting cast in my story. After all, I shared the same birthday as Jesus, and he was the greatest hero of them all (or so they taught me in Sunday school). Once, when our church put on an Easter production, I told my teacher I should play Jesus because we were born on the same day. I got the part, and I began to believe Christ and I we were inextricably linked from that point forward. This would not be the last time I played Jesus.

Scratch that — myself. I was playing myself in each of those productions. At the time, I think I believed I was the incarnation of the second coming of Christ. I knew I wasn’t, but you would think I was, especially growing up in church with everyone informing me I was destined for great things. Though no one ever told me what my destiny was, only that I was “destined.”

My life purpose became that of seeking my destiny. I was the center of attention wherever I went and whatever I pursued. I didn’t have to be the best at everything, but at least be known as a contender. Whenever the opportunity presented itself, I would jump to prove my worth, all the while searching for what destiny wanted me to do. Each success only stoked my ego toward further greatness.

No one else got the memo.

My apathy toward mastering any one specific skill left me high and dry, searching for sunken treasure in the sea. I was no star quarterback, had never reached valedictorian status, and had no clear direction. I was just that lonely farm boy, staring off at the binary sunset, waiting for my time to come to weild a lightsaber. In real life there are no wars in the stars. I had no secret uncle watching over me, no droids on a mission crossing my path, and no “chosen one” for a father of which I could inherit his purpose.

I stranded myself believing in something that was never coming.

This was the age when Jesus was at the height of his popularity, but also the age in which most scholars believe he was crucified. When you share a birthday with Jesus, you’ll inevitably draw parallels, but it’s also potentially the worst day to have a birthday. For one, you don’t get that many presents. In fact, you get far less than most people who have birthdays on the opposite end of the calendar. For a kid, that seems backwards. The other thing that’s mildly annoying is that you’re forced to spend the day with a family you’ve never felt close to for the holidays. Plus, all your good friends are gone. Whereas most humans get a day to celebrate themselves, I get a day where everyone is celebrating something else. It’s strange to feel more alone on your birthday than any other day of the year.

For my birthday this year, I woke up alone.

I watched movies alone, made sandwiches and ate them — also alone. I would get an occasional notification that day, typically someone leaving a birthday message on my Facebook wall. Someone always has to be the clever one and state, “Happy Christmas and Merry Birthday!” Yet with each notification, I imagined them going back to their families and loved ones, forgetting they even sent a message. Their response nothing more than a reaction because social media reminded them.

It’s fine, and I’m glad others are happy.

I just don’t know how to tell them the holidays aren’t enough and never will be. I used to love the Christmas season. The cold, lights, sweaters, laughter, food, and joy. Growing up I could relish all that the season meant to me, and what it meant for my future. Back when I knew I was going places, I would collect all those birthday messages and cherish them because they were evidence of my tremendous influence.

But now? I’m just cynical. I mean, what do you get the kid who has been wanting one thing his entire life? Who wants to discover his destiny?

Perhaps I’m the alternate version of your favorite hero. The “what-if” version of Peter Parker if the spider never bit him. Destiny somehow lost my address, or skipped my house completely. And if I am destined for great things, one would assume it should have happened by now, right? If Jesus and I are so intertwined, then this year is the moment I have been waiting for; yet I feel I have nothing to show, just like most of my generation. Instead, I’m just like everyone else. Lost. In debt. Hustling each day for scraps. When someone asks me what I’ve been up do I say, “Have you checked out my podcast?” That’s so 2019 and sad.

They say Jesus waited to reveal himself until his thirties because he wanted to know what it was like to be human. I wonder, is 33 years how long it takes? If so, now what? Instead, I’m left with a myriad of questions about destiny and have done nothing more than bleed and complain onto a blank white page. Is that destiny? Or is it just me being human? Hell, if Jesus was okay being human, maybe I should learn from that. Maybe we all could. And it makes me think…

Maybe my destiny was to just be human all along.

Dig the writing and writers at HeartSupport? Follow our publication to support mental health and a non-profit hell-bent on life transformation.